This shot won’t win any awards, but I am proud of it.

I took this image on the Fall Minnesota North Shore trip in 2014. I had heard that a good photo should tell a story, but for some reason I couldn’t really grasp that concept. When I found out that we were going to visit a historic Maple Syrup Farm, I thought it would be great to challenge myself to tell a story with a photograph. I tasked myself with focusing on using this opportunity to tell a story with a photo. However, I got there and didn’t know where to begin. I wandered around aimlessly and hoped inspiration would hit me in the face. It didn’t. Then I spotted this log pile. (Inspiration?) 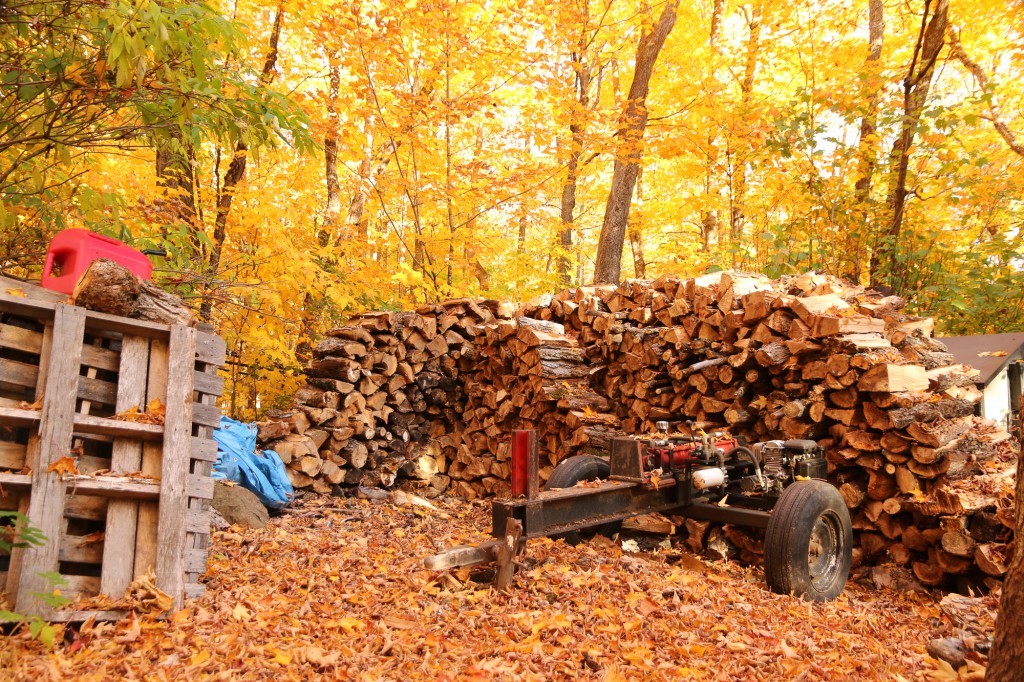 The original scene as I came across it.

Something about the elements in the scene caught my attention. It wasn’t like I got a profound creative idea and went with it; but I saw something that I could work with, and I knew it would take some hard work to get the elements right. I started thinking about the log splitter and how someone used it to create that nice pile of logs behind it. I also realized that the gas can had a relationship to the splitter and played a part in the story. So, just like that, I had a story; the gas can provided the fuel to make the splitter run which in turn produced the pile of wood. I just needed to work the scene to get all of the elements in place. I finally had my vision.

First, I had to do a little “gardening.” Gardening refers to the process of cleaning up the scene and removing any distracting elements. I picked up Hershey bar wrappers. I grabbed a pile of leaves and spread them out over some bare ground. I moved the gas can so it would be in closer proximity to the log splitter. I did what I could with what I had to build the scene I was trying to capture. 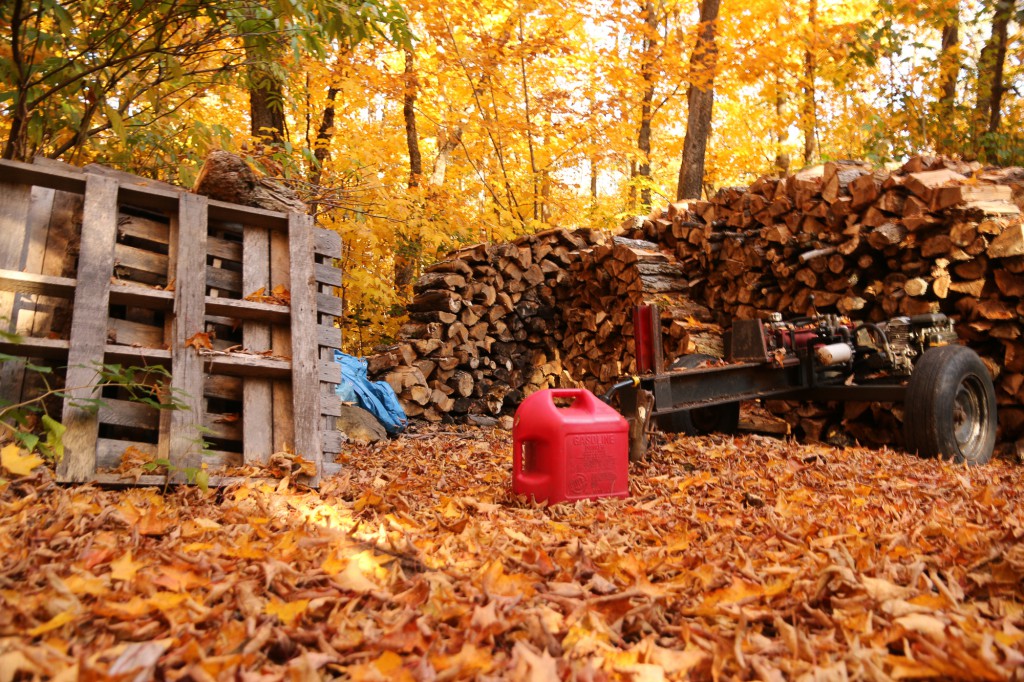 I moved the gas can and did a little “gardening.

With the scene cleaned up I started working on the composition. The blue tarp and wood pallet had nothing to do with the story I was trying to tell. So I moved the camera in closer to get them out of the frame.

I got low to the ground thinking that it would be a good vantage point and also literally put the camera on the same level as the log splitter and gas can. At this point, I really wanted to also include the trees in the background because they related to the story of the source of the logs. I was experimented with the composition and really liked how the log pile created a more simplistic background. It was a little painful to lose the forest, but opted to simplify the story as much as possible. I ended up with the final image you see at the top of this post. 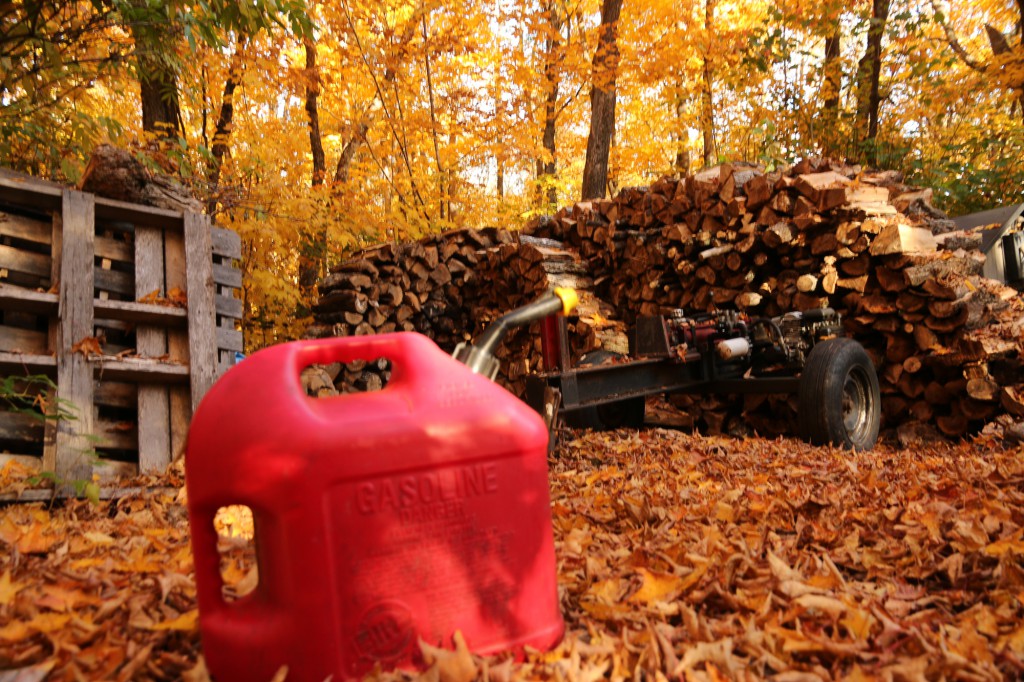 Overall, this was a great learning challenge for me. I learned that composition is all about intentionally placing elements in the frame to tell a story. Work hard. Try new perspectives and get creative. If it doesn’t work for you, move your camera angle or move some elements around. Shoot until you don’t want to shoot anymore, then force yourself to shoot for another ten minutes. My best shots came when I was ready to quit but gave the scene another few minutes. You never know what might work until you try it!

About the Author: Scott Glime